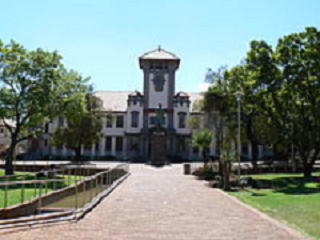 Using evidence to improve and support student transitions at the University of the Free State.

According to Montgomery and Hirth (2011), transition is a point at which students move from one phase of the education process to the next. Transition programmes are of particular importance in supporting students who are minorities or disadvantaged, students with disabilities, first-generation students, and provide services that include academic enrichment such as tutoring or supplemental instruction, as well as academic advising, information sharing, mentoring, career guidance, and social enrichment (U.S. Department of Education, 2010).  Although transition programmes are considered add-ons in some colleges or universities, they need to form part of the curriculum to function optimally, which would require buy-in not only from faculties, but from all student support related departments and divisions (Tobolowsky, 2008).

At the University of the Free State, the compulsory first-year seminar, UFS101, was initially positioned as a multi-disciplinary core-curriculum module.  In 2015, UFS101 was re-curriculated to respond to the need to support students through the transition from high school to university, through the teaching of academic success skills in the first semester.  The first semester was designed to: support students to function in an environment that requires computer literacy, articulate the benefits of a higher education through academic advising, and enhance students’ critical thinking skills.  The aim in the second semester was to show students how multiple perspectives can be used to engage with complex problems.  The content in the second semester addressed the application of critical thinking skills through multi-disciplinary perspectives. When asked if the content of UFS101 in the second semester expanded their knowledge, 85% of the students responded that it had.  Of the respondents, 63% said that UFS101 either broadened their perspectives of other fields or introduced other fields of study to them that they did not know before.

Students were also asked if the content in the first semester helped them with their studies – these are some of the especially powerful quotes from the responses:

“Yes, I learn how to think critically and analyse while reading.”

“Yes I did, I was able to learn to talk in class and learnt about different study methods.”

“Yes, UFS101 helped me with a SMART analysis on my goals. I am doing better because of it”

“Yes, it actually prepared me for the university life and how to be successful in my studies”

“Yes, it showed me how to do asessments and how to submit assesments for modules”

“Yes, the study methods that were presented were much more practical and I implemented some of them.”

“Yes, taught me how to work with others, and broaden perspective to improve my thought process”

“Yes, in UFS101, parts of the content of the module involves adapting a student to the life in varsity”

When asked if the challenges they experienced in the first-year was addressed by UFS101, one student said:

When asked if the content in UFS101 expanded their knowledge, students said:

“Yes, taught me how people act and how different people really are”

“Yes, it showed me that some things can be changed and forgiveness must be practiced daily, and also accept the situation you are in”

“Yes, now I can easily communicate with other students, I can share my ideas and listen to others, and respect others.”

“I learned things about the world I never knew before”

“It opened me to other fields, I actually enjoy science”

The weekly reports written by the Teaching Assistants gave some insight of the student experience, as described in the quotes below:

“The most satisfying academic achievement that I received within the second semester were students that thanked me for teaching them something they did not know.”

“In semester 1, we learnt about the characteristics of successful students, and one article purported that students that do well in schools are those that relate their studies to their passions. Students were engaged, they wanted to stay longer for class, conversation continued as we walked through the hallways of EXR's, because for the first time, they talked about things that mattered to them.”

The experience of students in this programme are evidence of the need for transition programmes at higher education institutions.  At the UFS, we have seen that large scale first year front loading works.  Pivotal to the success of this programme is rigourous evaluation, use of data to adapt teaching methodology to improve student engagement and learning, and careful reflection on logistics to ensure the impact of the programme is optimal.